Are you looking for an Air Hockey table? This is probably how you came across the brand Dynamo. You are in luck! Getting a Dynamo Air Hockey table is a sound decision. We created this guide to give our readers a clear overview of what Dynamo offers and how it compares to some of the other brands out there. 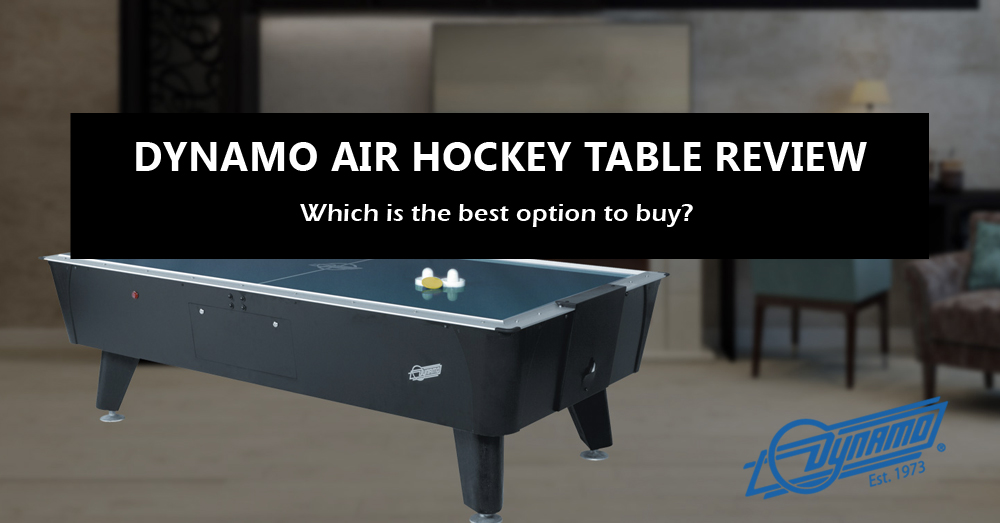 About Dynamo and Valley-Dynamo

The beginnings of Dynamo

It all started in Dallas, Texas in 1973 thanks to William Rickett, also known as Bill. Bill was a young entrepreneur, and decided to enter the amusement game industry. The first product he manufactured was a Foosball table.

The company continued to grow and added products to their line including shuffleboards and contract work for other manufacturers.

When did Dynamo become Valley-Dynamo?

Finally, in 2009, Champion Shuffleboard bought Valley-Dynamo from Brunswick and also moved all manufacturing back to Texas.

Since 2012, Dynamo, Valley and Champion Shuffleboard are all part of the same company under the name of Valley-Dynamo L.P., in Richland Hills, Texas where wood and trim become pool tables.

Dynamo's line of air hockey tables are now known as the finest air hockey tables in the world. In addition, the Dynamo Prostyle Air Hockey table is the official sanctioned table of the United States Air Table Hockey Association (USAA).

Valley-Dynamo L.P. is the largest Billiard, Air Hockey, Foosball, Shuffleboard and accessories manufacturer in the world.

How much is a dynamo air hockey table?

The price of a Dynamo Air Hockey tables varies between about $2500 and $10,000 depending on whether the model is designed for home use or for commercial use such as air hockey tournaments, bars, etc. Regardless, Dynamo air hockey tables are made in the USA and some of the finest tables in the world.

How much does a Dynamo air hockey table weigh?

For example, the USAA-sanctioned Valley-Dynamo Pro Style weight 410 lbs. Dynamo Air Hockey tables tend to be heavier than other tables.

Dynamo is known to make some of the best (and expensive) commercial grade air hockey machine. We reviewed two of the most popular tables:

The Valley-Dynamo Pro Style is a commercial grade air hockey table and one of the official sanctioned table of the United States Air Table Hockey Association (USAA). Also, it features an electronic score keeper with a side mounted LED display. 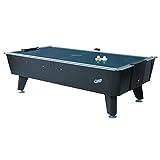 The Fire Storm Home table includes interactive lighting and sound effects and a LED overhead scoring display. This the ultimate table if you want to play in the dark. 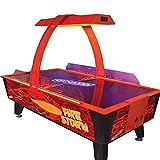 We discussed some of the main tables but have you heard of Fire Storm, Blue Streak or Best Shot+. These names might not be familiar to you but these are other popular tables from Dynamo. Dynamo also offers other types of air hockey tables. From coin-operated to hand crafted tables. For more information go to the Dynamo website.

Dynamo vs. the other brands

Dynamo is going to be a great pick if you are looking for a commercial grade, and potentially sanctioned table to play air hockey.

However, this table will not be suited for your families needs unless paying more than $5k for a air hockey table is within your budget. It will definitely look great in an office , bar or a private members club. If you can afford it though, these tables are some of the best ever made.

If you are also looking for a paddle, have a look at the Dynamo Air Hockey Goalie Mallet Set.